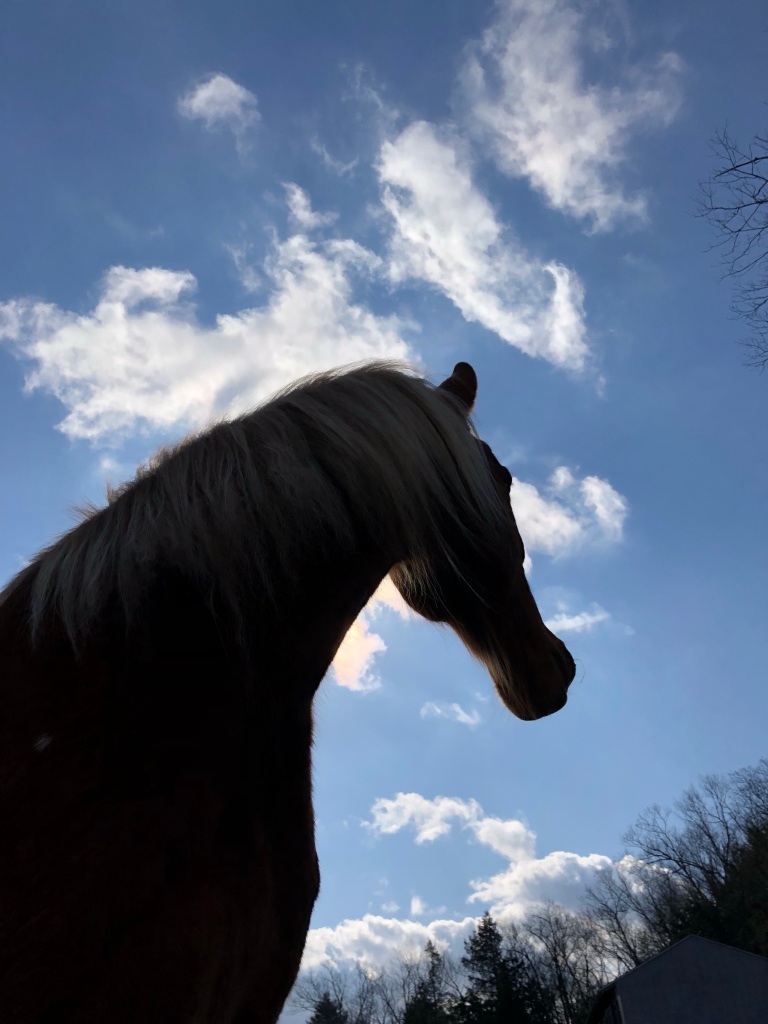 Today, Sam was perfect on the cross ties. No fidgeting even from the get go. I put a saddle on him and even added reins to his bridle for while we lunged. I wanted to make sure he would be ok with things flopping around on him.

The lunging went perfectly. He’s really starting to understand the voice commands. When that went so well, I decided I would try to see about backing him.

This was a little more … interesting. As soon as I put my foot in the stirrup he immediately took off bucking. I’m talking nose between his toes, bronco bucking. After several attempts on my part and several freak outs on his part, I was able to get me comfortable with hanging from the side of the saddle with one foot in the stirrup and then lay myself over the saddle. At that point, particularly because I was alone and didn’t want push my luck, so I called it a success for today.